Spent the morning working on the old house and it is finally getting near done.  New flooring, drywall and paint make a huge difference.  Carpeting should be installed in week or so and then we are done until Summer when we paint the outside.

In the meantime there are still piles of snow everywhere but Spring is in the air.  I’ve missed the first two rides of the Silver Wheels Cycling Club due to the house, The Chili Weiner Ride and the Pi Ride.  With the house done there is no excuse not to be on the bike. Tomorrow the high is 65°F and once I’m on the bike I’ll try to do it as often as possible. 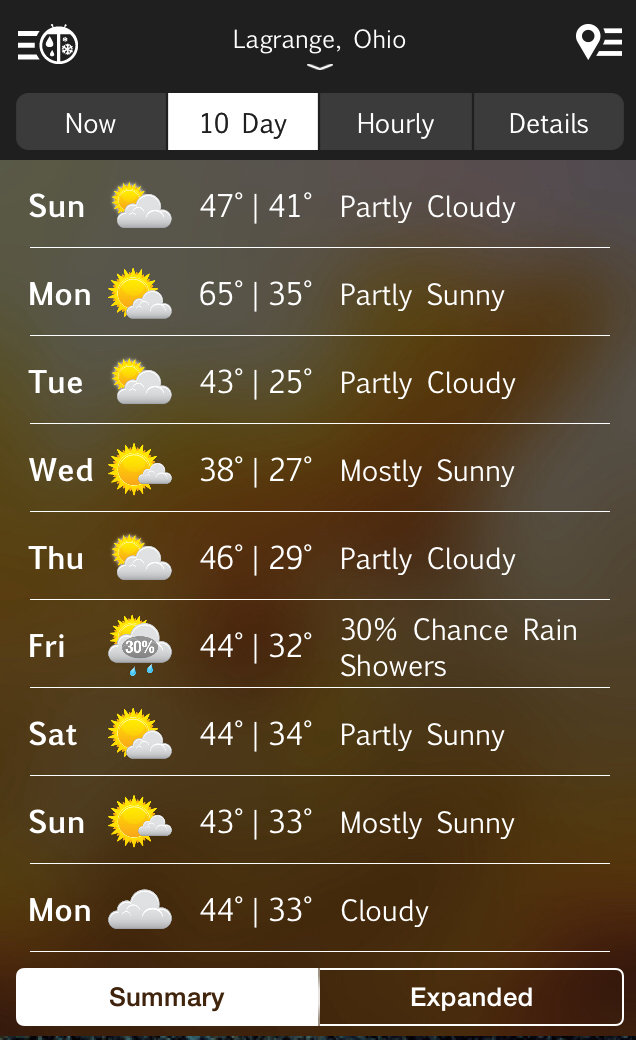 It says it will be 47ºF today but as of right now it is 39ºF and feels much colder.  I’ll ride tomorrow and as many days as I can after that.  From the looks of it there is no rain in the forecast, that is good.

Forgot to mention.  I took the Garmin in my car as a test.  I took it out to Chatham where I had a poker tournament.  It said that the elevation there was 450 higher than my house.  That would explain the Ride to Chatham post. 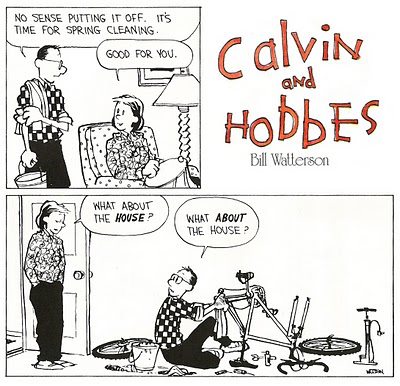 Posted by leastbest on March 15, 2015 in Uncategorized

Yesterday I had the best ride ever.  I got up and for once had nothing planned until the evening. The weather was cool and clear and a perfect day to be on the bike.  The wife went off to work and I pulled out the map.  What small town close by hadn’t I gone to.  Chatham hit me right away.  I play poker at a house off Smith Rd. in Medina and Chatham is south of that.  Smith Rd. looked like a great place to ride so off I went.

I’m always surprised at how quickly I hit farmland when I leave my house.  All you see are soybeans and corn a quarter mile away.

As a rule I try to avoid Route 18 and Route 301 as there is heavy traffic and the speeds are quite high.  Nevertheless I used both of them for a short bit.  I turned south at Penfield onto Route 301.  A guy in a mid-sixties corvette buzzed me coming very close.  As he passed I could see the smirk on his face in the mirror.  Not very bright as the car is very recognizable and I do go to car shows occasionally as I own an MG Midget.  I wonder what he would think if I walked close by his car at a show with a bunch of keys hanging from my belt?  Don’t think I’d do it but then again…..

South of Penfield Route 301 calms down and there is less traffic.  I saw the familiar barn on the corner of Smith Rd and Route 301 and headed west. 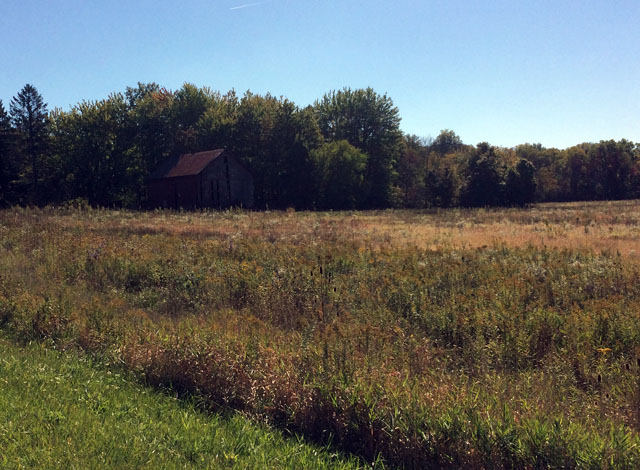 What a day for a ride!  This was the first ride in a long time that I was taking it easy and taking a lot of pictures.  Felt great.  This part of Smith Rd. was heavily wooded and just ahead was a branch of The Black River. 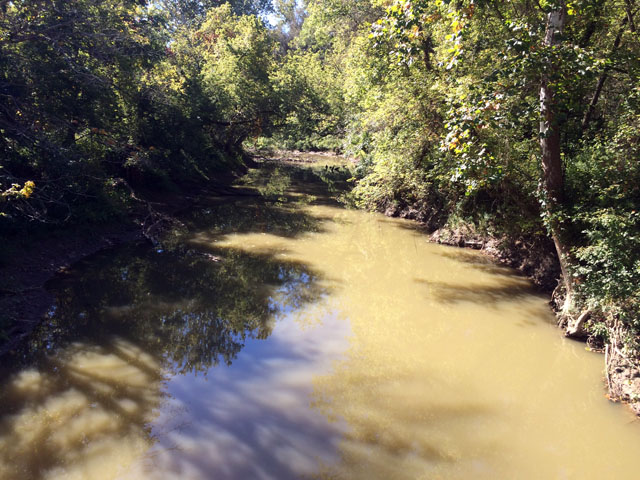 I felt strong and the road ahead was straight and easy.  Then suddenly it seemed as though I was going slightly uphill for miles.  Just kept going on and on.  I’m in a lot better shape than before so it was no big deal but it was surprising. 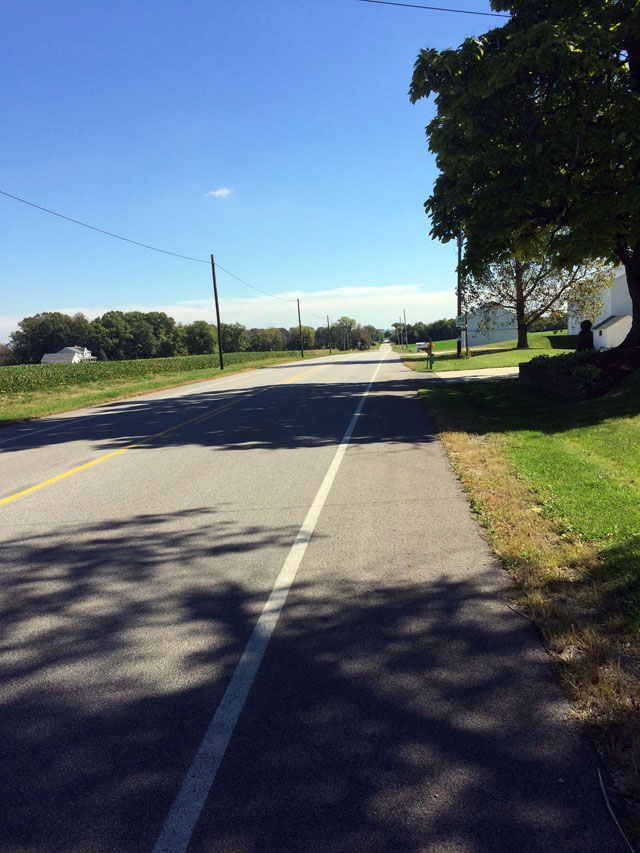 Once on Smith Rd. I thought about taking it all the way to Medina but thought again.  It was a bigger city and I’d prefer to go there when I was going to stop for a meal.  Instead a couple miles before Medina I headed south and then took a right on Rt. 162.  There was traffic but everyone gave me a lots of room.  Nature was everywhere around me.  I saw countless buzzards and hawks.  I scared a groundhog into running almost into my wheel.  It wasn’t long before I was in Chatham. 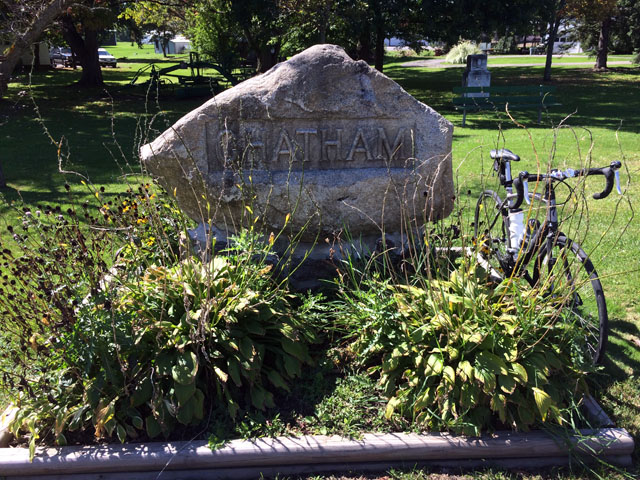 Chatham didn’t have much but more than many small towns that I’ve been to.  I found this online. 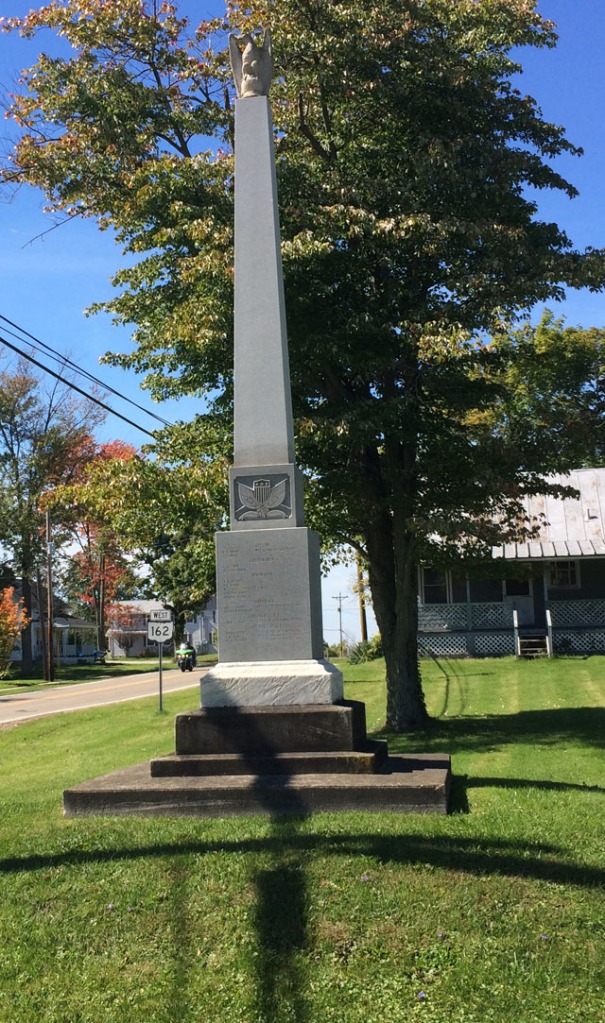 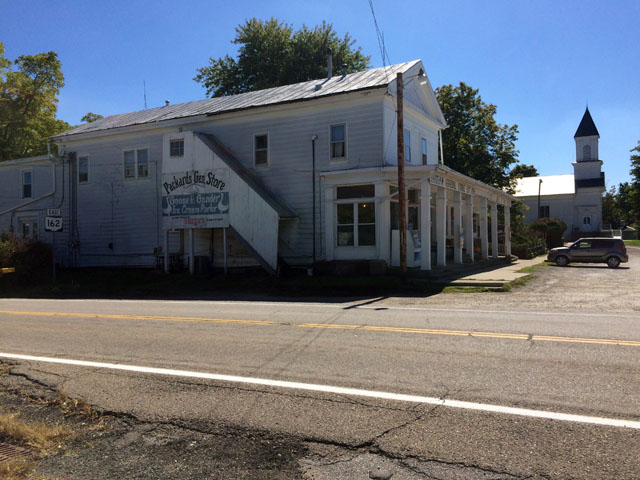 I was beat from the constant uphill so I sat on a bench in the park and relaxed.  A lot of traffic passes through town as it is on the corner of Route 83 and Route 162.  I recovered quickly as I have finally learned my lesson and ate before I rode.  Plus I’d been drinking my water. 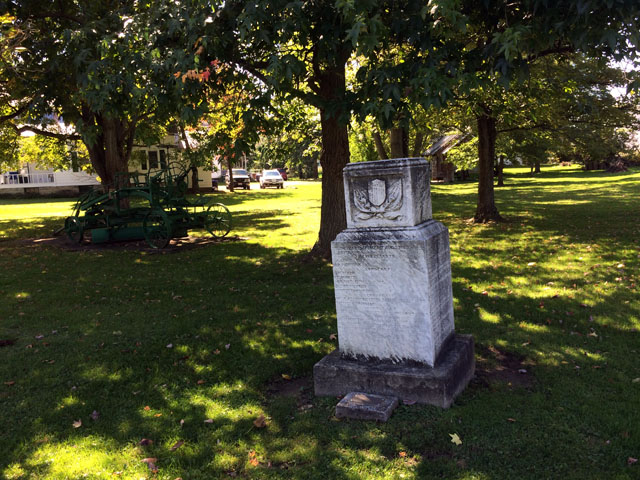 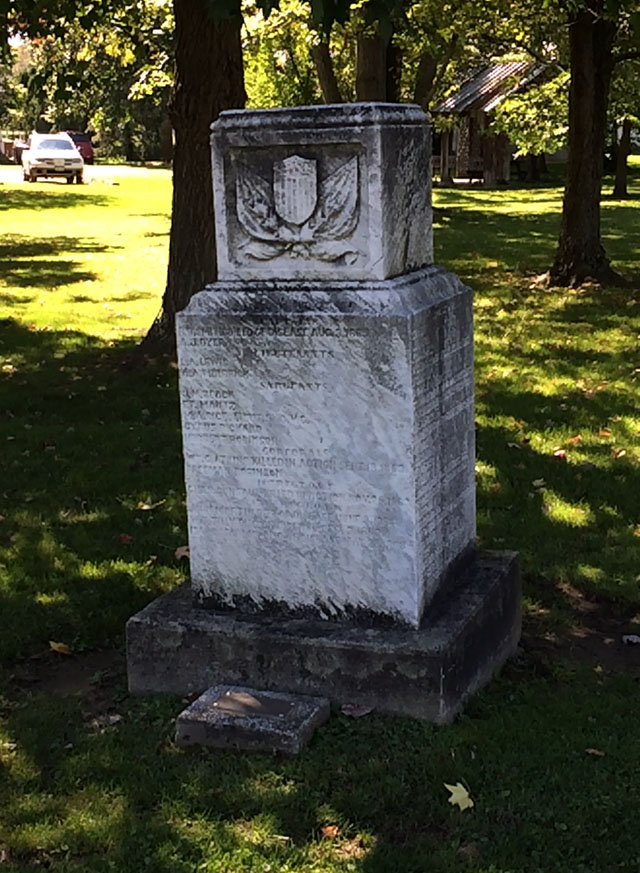 I left Chatham with expectations of some more climbing but almost immediately it was all downhill.  It was exhilarating.  I was riding between 22 and 25 miles per hour for a couple miles and able to maintain just below that for a while after that.  Soon I was in Spencer.  I needed a break so I sat on the steps of an old building and drank some water.  I looked around and saw a sign that told me I went to Chatham two weeks too early. 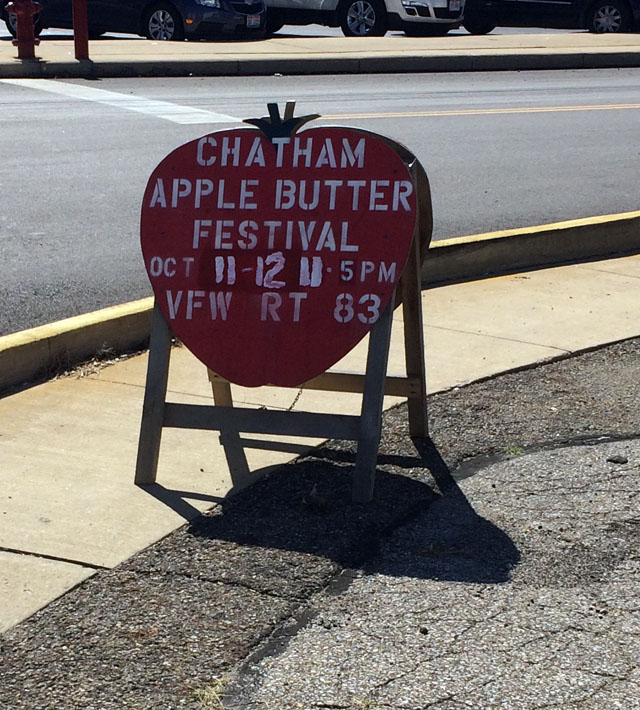 Oh well.  Here is a picture that I missed on my last trip to Spencer. The town hall/historical society. 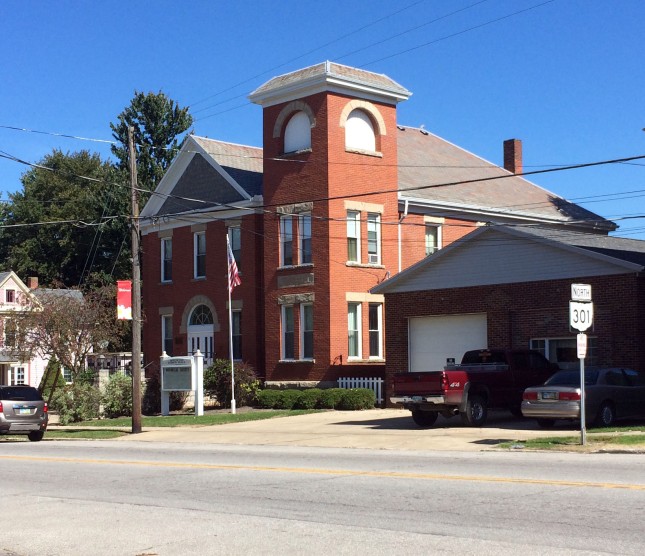 It was time to head home and get ready for the poker game so I headed north. 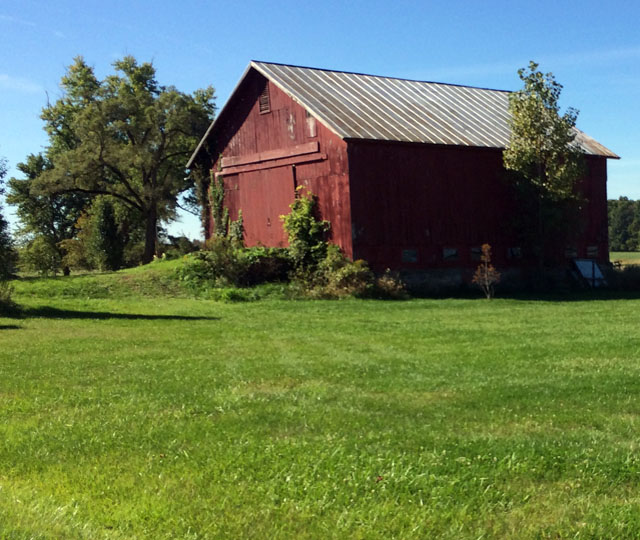 I was tired but felt great.  I took my time, taking more photographs and breaks than usual.  I ended up going 38.8 miles and it was a perfect ride.

Posted by leastbest on September 26, 2014 in Uncategorized