Finally was able to get on the bike.  It had been far too long.  I had planned on a very short ride but a couple miles in I felt great.  It was a perfect day for a ride with sunshine and temperatures in the seventies.

I decided to hit one of the closest towns, Wellington, Ohio.  Wellington is the biggest towns that I’ve ridden to with a population of 4,812.  Compared to most of the towns I’ve seen Wellington has a vital downtown.

As I rode into town as always I noticed the Big Cock.

What fantastic day for a ride.  I headed into downtown and as Wellington sits on the crossroads of Rt. 58 and Rt. 18 I pulled into the small park and took some pictures. 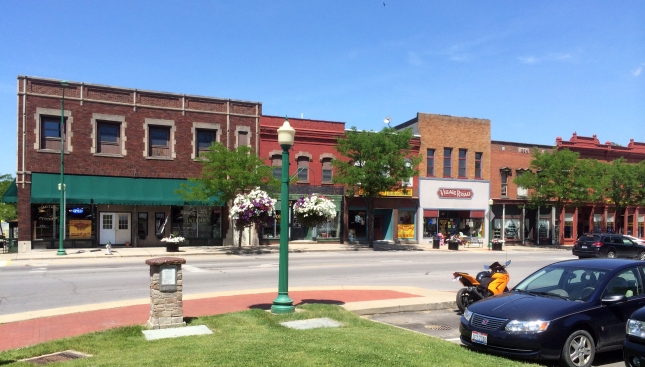 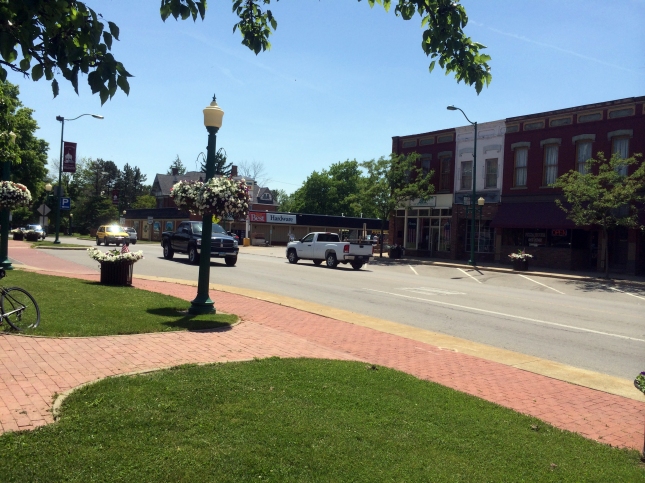 Plus Town Hall which houses the government and police is beautiful. 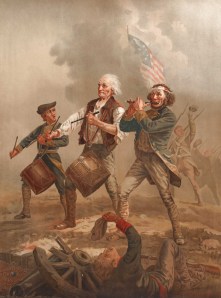 The famous painting The Spirit of ’76 was painted by Wellington resident Archibald Willard.  The fife player in the painting is an ancestor of my best friend.  There is a plaque in the middle of town commemorating him. 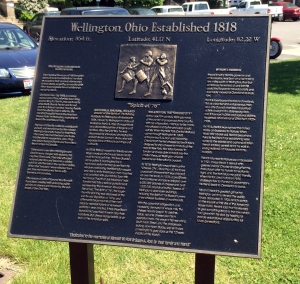 I sat on a bench for a long time just enjoying the beautiful old town.  Lots of sunshine with a light breeze. This is why I ride a bike.  The bench was right in front of the Wellington Public Library.

I looked around and was surprised that there wasn’t a Civil War monument like most towns I’d been to had.  Then I remembered my history about The Oberlin – Wellington Rescue of 1858.  From Wikipedia:

The Oberlin–Wellington Rescue of 1858 in Lorain County, Ohio was a key event and cause celèbre in the history of the abolitionist movement in the United States shortly before the American Civil War. John Price, an escaped slave, was arrested in Oberlin, Ohio under the Fugitive Slave Law, and taken to Wellington by the US Marshal. Rescuers took him by force from the marshals and back to Oberlin, then to freedom in Canada.

That’s what I love about this project.  I see places that I’ve never seen before and when I go to someplace that I have I learn about it.

It was time to head back.  The last few miles my legs were a little heavy and the wind was picking up.  I’m back and loving it.

Forgot to mention.  Just as I was headed out of town I saw a soaring club with gliders.  I took flying lessons for a short time when I was young.  Who knows, I may find a new hobby.

As always, the metrics.

Posted by leastbest on May 31, 2014 in Uncategorized

I couldn’t ride the bike for a few days before the colonoscopy due to the prep and couldn’t ride for a few days after because it took a lot out of me.  Then I found that I had to have another one in a month.  Damn.  Seems there is a spot that they want to look at again.  The doctor is sure it isn’t cancer but wants to stay on top of things.  So I will miss a week of riding from the 9th to the 14th.  Oh well.

Coincidentally my first cousin just had genetic testing.  She had colon cancer, as did our grandfather, her father and brother (and my two brothers and sister).  Thankfully she is well now.  Turns out she has Lynch Syndrome or Hereditary Nonpolyposis Colorectal Cancer Syndrome (HNPCC). It is a mutation in the MSH2 gene.  It all makes sense now.  Men with Lynch Syndrome have a 60% to 80% lifetime risk of colorectal cancer and women have a 40% to 60% lifetime risk of endometrial cancer.

It’s important that everyone in the family gets genetic testing.  I’ll be in contact and getting the word out.

I’ve had a great deal of stress lately but that’s over now.  It’s time to get back on the bike.

Posted by leastbest on May 30, 2014 in Uncategorized

Rain, Cold, Wind and Up the Wazoo

Up until the last week it has either rained, been extremely cold, been windy or some ungodly combination of the three.  Thursday and Friday was sunny, dry and perfect for cycling but I haven’t been on the bike.  Instead I’ve been prepping for a colonoscopy that I had today. It’s ironic that the few days the weather was nice I couldn’t ride and since the procedure it has rained every day or been so windy that I couldn’t walk let alone ride.

I haven’t been slacking off.  In the past few weeks I’ve placed first in three poker tournaments, second in another and first in my division at The Parma Open chess tournament.

Life is good.  Now back to the colonoscopy.

Whenever I have to get a colonoscopy I get very nervous and introspective.  So many of my family members have died from colon cancer.  My fortieth high school reunion is this summer.  One of my friends has been posting pictures of classmates who have died.  I’ve been to too many funerals.

The procedure went well and I will live.  That is a good thing.

I have to go to Bedford, PA on Saturday to help teach a banjo workshop.  Soon I’ll be back on the bike and back to the plan. 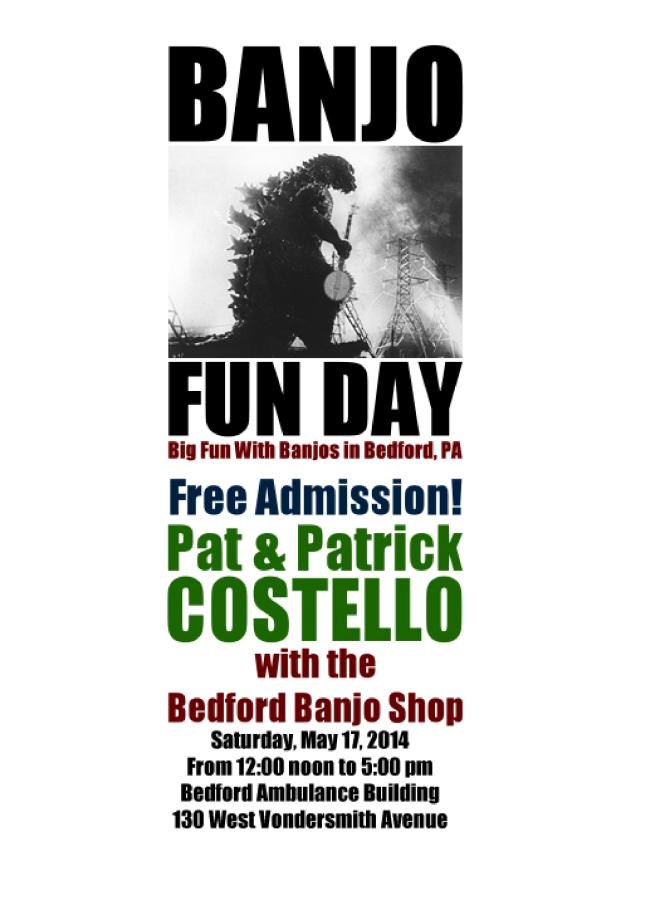 Posted by leastbest on May 15, 2014 in Uncategorized