I’m heading west for a week in Boulder, Colorado.  No, it’s not for the now legal marijuana even though I came of age in the 1970’s.  I’m going with a friend an it’s going to be a special trip.

I’ve mentioned before that I was raised by an agoraphobic and I’ve never traveled much.  I’ve gone east a few times but never west.  I’m excited as all get out.  I’ll be taking tons of pictures and videos.

I’ve heard it has a vibrant cycling community and infrastructure.  Tyler Hamilton wrote a great article on how cycling in Boulder changed his life.  It’s a nice read.

Plus, The Top Five Reasons to Move to Boulder. 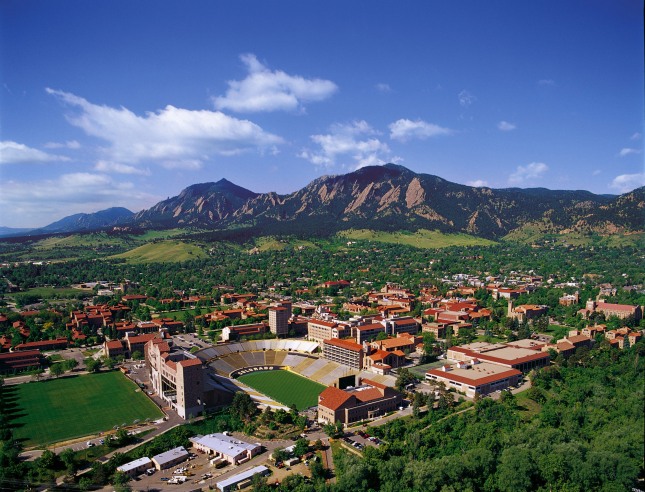 Posted by leastbest on November 29, 2014 in Uncategorized

The other night I went to the monthly meeting of The Silver Wheels Cycling Club.  It’s a great group of riders and I found the photographer from my wedding of thirty years ago.  As a UPS driver I used to deliver to his studio in the late seventies.  It’s a small world.

There was a small crafts show and it was interesting to see what people were in to.  I think next time I’ll take my guitar or banjo and give a mini-concert while people browse the crafts.

We had a guest speaker, one of the owners of Swerve Bike Shop in beautiful Oberlin, Ohio.  He brought in a bike with the biggest tires I’ve ever seen. 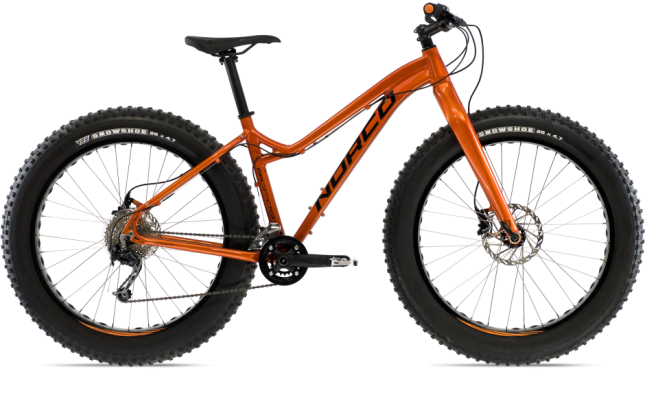 He said this bike could be ridden all year round.  What really surprised me was his claim that he kept tire pressure at 8 psi!  The he talked about how it was tubeless.  He then gave an extensive talk about converting a normal road bike to tubeless.  I had assumed you needed special rims and such but he said you didn’t.  For a reasonable fee they would do it for you.  They clean the rim and put gorilla tape over the nipples and put the tire on.  Then put in the sealant that approximates blood due to its clotting nature.  They blow up the tire, spin it a few times and it seals.  Every few months you need to put in a few ounces of sealant but once in it is very hard to get a flat.  Plus you can ride with a lot less air pressure since you don’t have to worry about snake bite flats.

I’m not quite ready to do it yet but it is an intriguing idea.  Next year when I take it to the next level I may consider it.

I did a quick search on YouTube and found lots of videos on how to convert your bike.  Doesn’t seem that complicated.  Take a look.

Posted by leastbest on November 22, 2014 in Uncategorized

I’ve talked a bunch of times on my fascination with Standing Stones.

For example here are the Ballymeanoch Standing Stones in Kilmartin.  The photo was taken by Kellan. 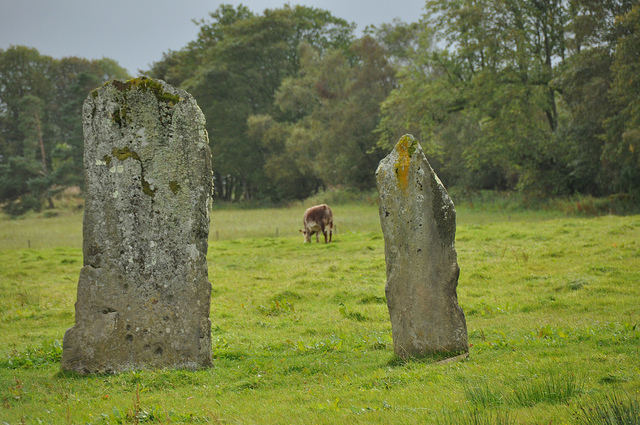 On my bucket list would be a bicycle tour that would last months where I would cycle through England, Scotland and Ireland.  Spend a month in the Scottish Highlands and the Outer Hebrides scouting ancient megaliths.  I will do this someday.

In the meantime I found a couple on Crazy Guy on a Bike (Adam Dodge and Kate Hamilton) that are doing that and a great deal more.  They went on a tour from Japan that took them through China, Europe and and the UK.  I found their adventures to be truly incredible.  I originally started when they reached Scotland and loved the writing and photographs. I loved their description and pictures of The Outer Hebrides.  Plus they visited my beloved Callanish.  After you read the parts about Scotland go back and start at the beginning of their adventure.  You won’t be disappointed.

Posted by leastbest on November 17, 2014 in Uncategorized

I was reading Salon on the web and came across this title:

Capturing a stranger’s sneer: What happened when I put on Spandex

I thought it would be an article about me and how I am a MAMIL (Middle Aged Male in Lycra) but it wasn’t. 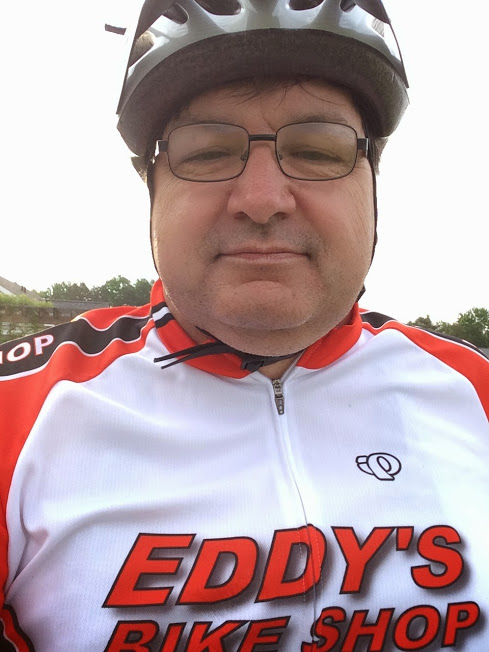 Posted by leastbest on November 16, 2014 in Uncategorized

Anyone who surfs the net as a cyclist comes across cycling comics.  My favorites have always been Frazz and Calvin and Hobbes.  Every once in a while I’d see an odd one and for the longest time I didn’t know where it was from.  I found out today.  It’s called Kickstand Comics by Rick Smith and Brian Riggs.  It’s a great cycling comic and the authors live in my neck of the woods.  It only existed from 2008-2012 and you can find the entire run here. I spent some time going through them and thoroughly enjoyed myself.

I think this one was written with me in mind.

Posted by leastbest on November 15, 2014 in Uncategorized

One of my favorite websites for cycling is Crazy Guy on a Bike.  It chronicles people’s adventures riding anywhere and everywhere on their bikes.  I follow a lot of the cyclists in relative real time as they cross the United States on the Northern Tier, Southern Tier or the Underground Railroad Route.  One of the rides I’d like to do before I turn sixty is to ride around Lake Erie.  I’ve talked to my wife about it and it makes her nervous.  Last time we spoke about it she said she was worried about Bears, Bobcats and Snakes.  Huh?  I explained to her that there are few bobcats, few bears and I’ve never heard of anyone being attacked by any of these.  I came to realize she was just afraid of me being alone on the road.

We live about twenty miles south of Lake Erie and for over thirty years I delivered packages for UPS on the south shore of Lake Erie.  It was a constant companion. 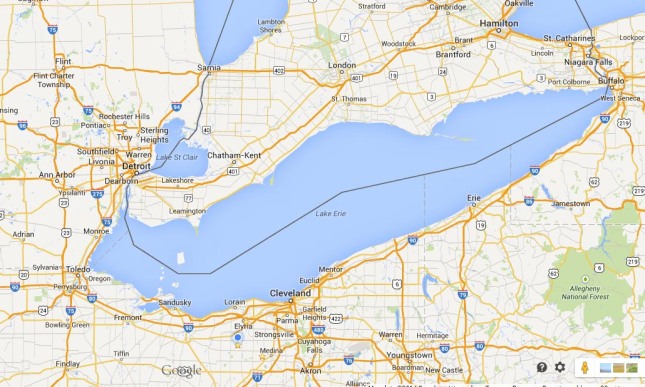 I found out last week that The Silver Wheels Cycling Club is planning a supported ride around Lake Erie next August. It looks like between twenty and twenty-five riders would be going with three SAG wagons.  It sounds like a lot of fun.

I will have to get a passport and I just found out that if you have had a DUI you cannot go into Canada.  You have to fill out paperwork and pay a fee.  It has to be over five years old and you have to prove you’ve been rehabilitated.  Won’t affect me as I don’t drink much and have never had a DUI but it will affect some of the riders.

As details come into focus I will post them here.

Posted by leastbest on November 14, 2014 in Uncategorized

I wrote in my last post that I was finally well.  That was premature.

Right after that my daughter was in a wedding party in Syracuse, NY when she became ill.  She called me saying she was in the hospital and needed me to drive and pick her up.  I hopped in my car and drove six and a half hours and picked her up.  She would be ok but she needed to take her medicine and rest.  I wanted to get a motel but she just wanted to get home.  Anything for her so I drove home, stopping a couple times at rest areas for twenty minute naps.  I left home at eleven in the morning and got home at four thirty in the morning.  I was beat.

The trip exhausted me so much that the coldbola that I had came back with a vengeance.  I was back to waking up coughing up a lung in the middle of the night.  I guess it is harder at 58 to recover that it did at 25

I’m ok and as I write this big fat flakes of snow are falling here in LaGrange.  I have set-up my trainer and will be on the bike today and every day that I can’t get on the road.  It’s been a tough year but I’m optimistic.  It feels great to be well.  I wonder how long before I take it for granted again. 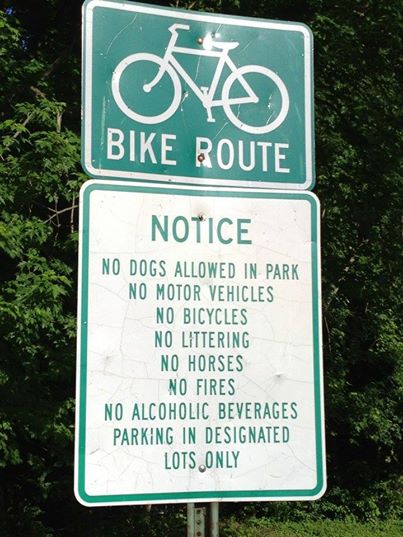 Posted by leastbest on November 13, 2014 in Uncategorized