In Chaos There is Opportunity

The air conditioner in my wife’s car died so I made an appointment to take it in.  The wife forgot about it so this morning at 7am I took it in.  It’s four miles from my house so I saw an opportunity for early morning steps, before the humidity kicked in.

On the way I saw a new sign outside our development for the Self Store-It.  I was impressed that they misspelled the name of the street it was on.

We were to have a carpet guy, landscaper and handyman come to the house later in the day.  They all got there early just as the wife was getting up.  Here’s where the fun begins.  The wife comes over and gets involved with them, telling them what she wants.  Suddenly she realized she had a hair appointment and she was late.  She takes my truck and heads off.  As soon as she’s gone I realize that the key to the house is on the truck key ring.

I had the handyman take me into town for the key off the wife’s key ring at the repair shop.  We got back and as we pulled in the wife called.  In her rush she had forgotten her purse and the car was on E.   Meanwhile the neighbor who I’ve only waved to came over and started telling me about his melanoma.

I showed the handyman what I wanted and the landscaper what I needed.  Got back in touch with the wife and told her to dig around and she should be able to find $3.18 in change.  I headed home, eager for a respite.

Grabbed my good old Martin guitar and strummed a D chord.  The e string broke, whipped around and missed my eye by a quarter of a millimeter.  Luckily I was wearing glasses.  I changed the strings and played a few songs.  Feeling better I thought I’d write on my blog.

I hit the keys on the keyboard and nothing happened.  I checked the wire and it had chew marks where the cat had been munching like a feline termite.  Damn.  Ruined.

In  the past I’ve allowed the chaos to derail my efforts at a healthier life.  I can no longer do that.  Push through it, then past it.  No more excuses, no more reasons.

Posted by leastbest on June 29, 2017 in Uncategorized

I didn’t post or do a video yesterday.  I was too beat.

My father-in-law’s house needed to be emptied and we were running out of time.  The basement was a beast as the stairs were killing me.  My knees were letting me know that I was now sixty so we decided to hire a couple guys in their  twenties.  The one had a large tattoo.  I asked him about it and he said, “I was in high school and smoking a lot of weed.”  I cut him off and told him that I understood.  After all I graduated in the 1970’s.

The amount at the house was overwhelming but the real problem is we had no place to put it.  My garage had been ignored for years and was a dumping ground for all my hobbies.  The plan of action was I would clean my garage as they emptied the house.

As I was cleaning I found a really interesting moth. 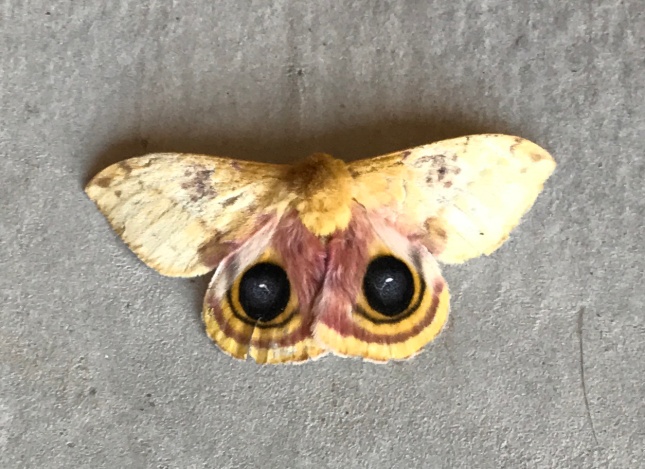 Thanks to they young guys hard work we got it done.  I went to bed at 10pm dead to the world.  At least at UPS I used to get coffee breaks.

This morning we decided to take a pickup full load of trash out to my brother-in-law’s house in New London.  That is a trek but we decided we wanted an adventure.  We dumped it off and headed through small towns like Ruggles, Greenwich, Nova and New Haven.  We were hungry so stopped in Plymouth at Hound Dog Hop.  It was a hot dog and burger joint so I ate sparingly and with mindfulness.  It was a pleasant place to be on a nice summer day.

This is going the way it’s supposed to go and so far no real problems.

Posted by leastbest on June 28, 2017 in Uncategorized

Week one is in the past.  I lost 9.8 pounds and I’m on the way.  I’ll be increasing and varying my exercise and modifying my diet.  What I’m doing is working and I have no doubt that I will be down below 200 pound by January 1st, 2018.

Posted by leastbest on June 26, 2017 in Uncategorized

Day 7: Nice to Have Friends

No time for a video today.  I’m out and about with friends making music and having a great time.  Tomorrow will be a full week of this life change.  I’ll be doing a video and a summary.  Weekly summaries, monthly and quarterly are in the future.

Speaking of friends, one of them reads this blog and sent me this as an inspiration.  Thanks buddy, with friends like you I’m bound to make it.

Posted by leastbest on June 25, 2017 in Uncategorized

Day 6: Poker Pain and Walking in the Dark

We’ve been emptying out my father-in-laws house for a while and it can be exhausting work.  Had to haul out a pickup truck load this morning.  I was rushed because I had to be in Cleveland by noon to play in a poker tournament.

The tournament didn’t go well as I was abused from the get go.  Oh well, variance is a bitch.  I’ll survive and in a couple weeks I’ll be in Las Vegas playing in The World Series of Poker Main Event.

I got home late but walked in the dark on a beautiful summer evening and got my steps in.

I’m feeling better and getting used to eating less and more exercise.  I plan to step it up next week and add some more exercise.  I’ll talk more about it on Monday when I do my weekly summary.

Posted by leastbest on June 24, 2017 in Uncategorized

My father-in-law died back in February and we’ve been emptying his house over the past few weeks.  It’s a lot of lifting and sorting.  It’s been emotional for my wife and I’ve done my best to be supportive.  It’s odd carrying boxes as I did that at UPS for thirty-seven years.  Haven’t done it in six years and I never did it when I was sixty.  Tiring.

As a reward my wife took me to Oberlin for a nice meal at Aladdin’s.  I had the Kibbe appetizer and the Beef Kafta Rolled.  It is delicious but bumped my all day calories to around 2000.  I’ve been keeping it around 1500-1600. 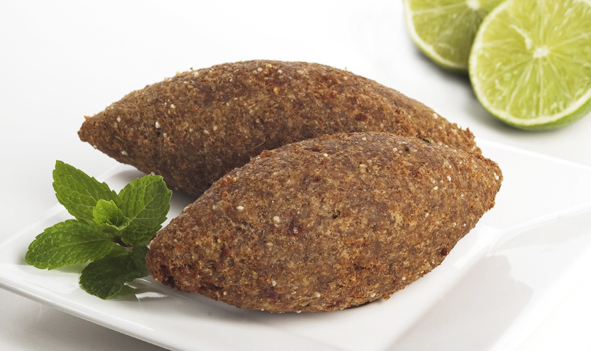 After the meal I needed to get some steps in so I walked around Tappan Square.  It was on the verge of rain but a nice walk.  I’ll be making some adjustments soon but right now things are going well.

Posted by leastbest on June 23, 2017 in Uncategorized

Day 4: BMR and other silliness

I had a friend ask me what my BMR was?  I’ve never really thought about my Basal Metabolic Weight.

So, essentially what your body burns every day without you doing anything.

I looked at a bunch of calculators and got a low of 2081 from MyFitnessPal and 2298 from active.com

So, if I take the lowest number and and ingest only 1500 calories a day I’m burning over 500 a day.  That means I would lose a pound a week without exercise.  With my walking that would get even better.

A friend gave me a copy of Tim Ferris’s’ book The 4-Hour Body.  I’ve only skimmed through it but it seems like it has a lot of silly stuff in it.  When I finish it I will do a full review.  It is fun.  I do like the disclaimer he puts at the beginning.

TIM’S DISCLAIMER
Please don’t be stupid and kill yourself. It would make us both quite unhappy.
Consult a doctor before doing anything in this book.

Posted by leastbest on June 22, 2017 in Uncategorized