I did this ride on the 18th.  I’ve been under the weather for the past couple days and the weather hasn’t been conducive for riding.  I’ll post the rides faster in the future.

In the beginning of this adventure I wanted to keep the miles between fifteen and twenty miles.  I need to allow this aging body to acclimate to being in the saddle.  I chose Litchfield because it is about ten miles away.

As soon as I left the house I found a tough headwind.  It kept my speed low and even though it was almost 50°F I was chilled.  It took everything just to maintain ten miles an hour. Many of the local ponds were still frozen over.

I headed southeast and passed through Penfield.  The township is 21 square miles and has a population of 1700 people.  There is no downtown, only a crossroad with a community center, church and park. It’s mostly farmland so I headed east toward Litchfield.

The ride was relatively easy, passing farm after farm.  I was on Route 18 which is 55 mph with a lot of trucks but I had a wide berm and felt comfortable.  Soon I hit Litchfield Township. The township is 22,4 square miles and has a population of 3250. 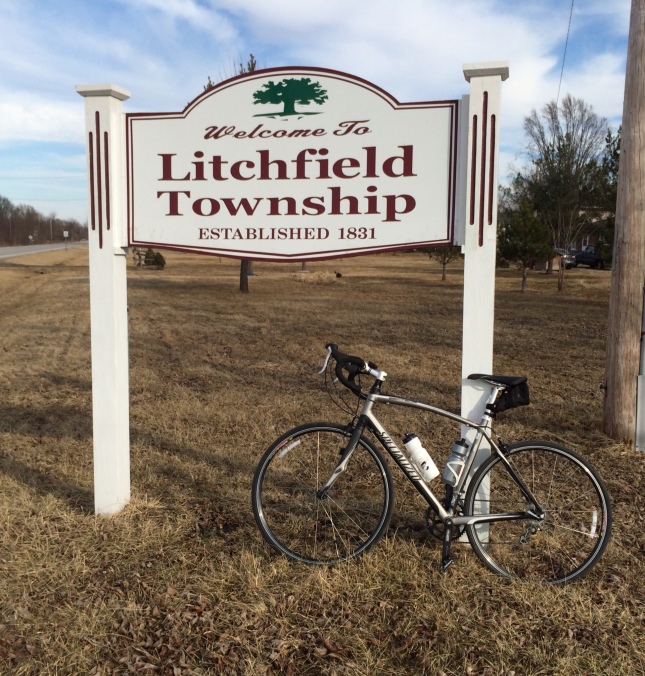 There is very little to see out there, just farms and farmland.  Here is a view from the above sign.

A few miles more and I was downtown Litchfield.

It is another small town and like LaGrange has a traffic circle in the middle, although it is much smaller than LaGrange.  This circle is bigger and has a nice gazebo in the middle along with a memorial to veterans.  I should note, by entering Litchfield Township I entered Medina County.  Oh boy!  Around the circle is a gas station, Hungry Bear restaurant and a few businesses.  If it had been a longer ride I would have stopped in to the Hungry Bear. 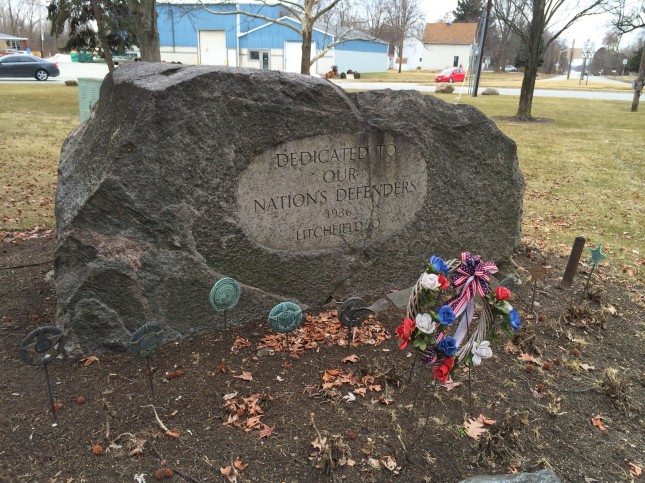 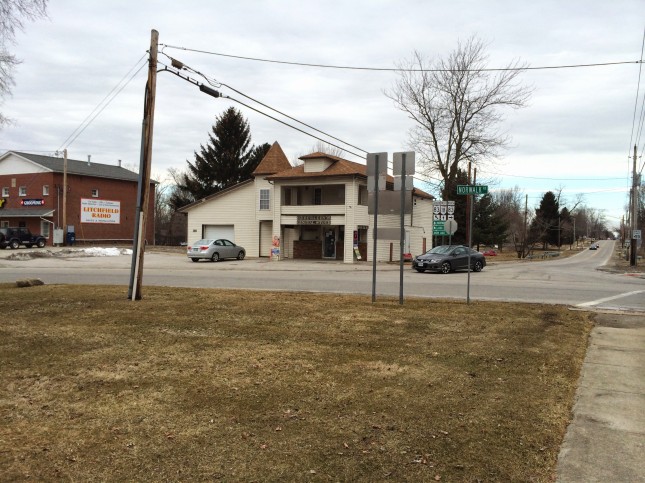 One of the few businesses in Litchfield

As it was I just rode around the circle and headed home.  The headwind had taken its’ toll but once I headed west with the wind at my back it was much better.  My speed picked up and I relaxed and headed home.

It was a nice ride, if a bit chilly.  I’m far from being in shape.  I’ll stick to rides of about twenty miles for the first rides.  I hope to expand over the next few weeks and see much much more of Ohio.

Here is the map and the metrics.

As an addendum I’m adding google earth images of the areas I travel.  This is to give a sense of where I ride.  Much is very rural and some isn’t.  This will give an idea to those not familiar with this area. As you can see, Penfield isn’t much more than a crossroad.  Litchfield is a small circle with a gazebo with a restaurant and a few stores. 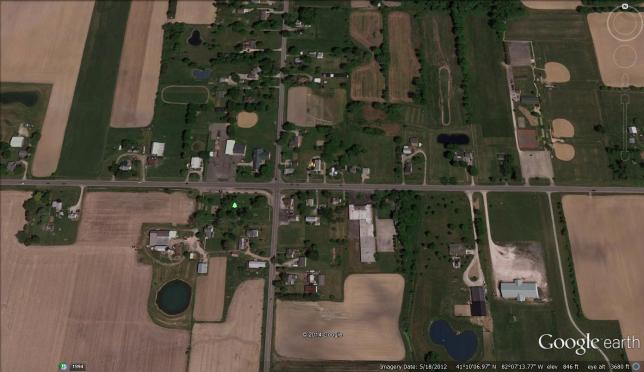 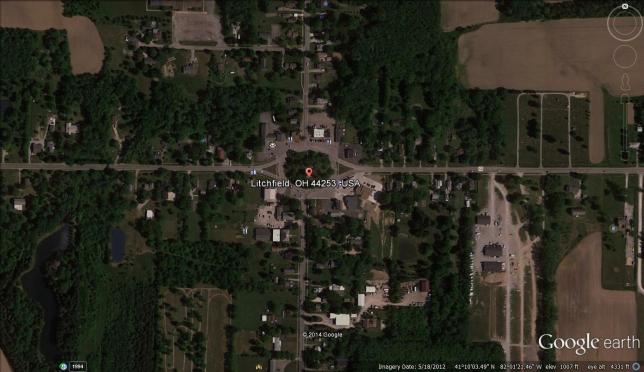 Posted by leastbest on March 22, 2014 in Uncategorized