RSS
← Short Ride to Elyria
A Sleight Change in Direction → 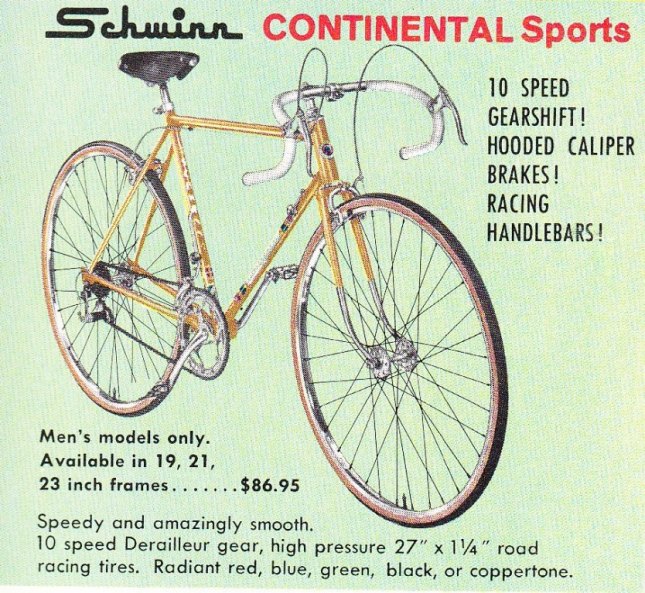 When I was fourteen my mother remarried a man named Don. I read long ago that evil can’t enter your home unless it is invited. In this case it was true.

A few months after the marriage I came home from school and saw a brand new ten-speed bicycle in the driveway. I walked in and asked about the bike and Don came out to look. We walked over to it and you could tell it was brand new. It was the most beautiful machine I had ever seen. He told me to take it for a ride. I told him that it was new and didn’t want to mess it up. He laughed and I shouldn’t worry as it was mine. I looked at him with surprise and he said a boy of my age should have a bike so he picked it up for me.

Part of the surprise came from the way he treated the family. We had very little money and when he moved in refused to pay for anything. That included utilities and food. After a few weeks of that my mother refused to feed him so he bought his own groceries that were separate from the rest of the family. When he married my mother I expected things to get better. I was wrong.

I got on the bike and took off down the road. I knew how to ride but had never had my own bike. The bikes that I had ridden had been three-speeds with coaster brakes. This was the real thing. It didn’t take long before I had the gears down. I couldn’t believe the pure joy, exhilaration and freedom I felt.

Every day as soon as I got out of school I’d be on the bike. I’d ride until dark, spiraling farther and farther from home. There was a long stretch by the junior high school that I would use as a time trial. I’d push myself to see if I could beat my previous time. I would fly down the road and every day I got a little stronger and a little faster. Whenever I was on the bike I was happy and free.

It had been nearly a month since I got the bike when I came home and it was gone. It wasn’t in the garage and I ran into the house and told Don the bike had been stolen. He got up, followed me to the garage and told me it wasn’t stolen. He said since I didn’t appreciate it he sold it to a guy at work. I was devastated. I tried to talk to him but he put his hand up and said, “You don’t appreciate anything. You don’t deserve shit!”

It wasn’t the only time he did anything like that. My mother had always wanted to play the organ and one day while she was at work one was delivered. My mom was overjoyed and every spare minute she was practicing. She was playing simple melodies the first week and by the third there was actual music. It was great that she was finally enjoying herself after so much hardship.

Nearly a month to the day while she was practicing Don walked in and placed a payment book on top of the organ. My mom looked at it and told him she couldn’t afford to pay for it. We barely got by as it was. He said if she didn’t appreciate it then it was going back. I was glad that my mother was at work when the men came to pick up the organ.

After that the few times that he would give anyone in the family anything it was declined. When I was in high school I was taking a drafting class and he came into my room and gave me a complete set of drafting tools. I refused them and told I’d rather flunk out. As soon as I got out of high school I moved out.

I have a great bike now. It is light-years beyond my first bike in technology.  It has a carbon-fiber fork, it’s incredibly light and shifts like a dream but pales in comparison. I get incredible joy when I am riding it and when I have a tailwind or I’m going downhill, I’m fourteen again, happy and free.

Posted by leastbest on September 15, 2014 in Uncategorized

← Short Ride to Elyria
A Sleight Change in Direction →

One response to “My First Bike”