Thoughts on the Chili Wiener

After I posted about the Chili Wiener I realized I forgot to mention a few things.

The chili I made was much hotter than I normally make.  The night befo 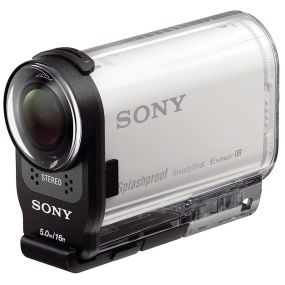 re I tried a bowl and my teeth went numb and all I could say was, “Wowsa!”  The wife couldn’t eat more than a spoonful.  Now that I’ve had a few bowls I think it is my best.

I took the video using my new Sony AS200V action cam.  It is a nifty little camera that
allows ten hours or more of video.  The quality of the video is superb.  Much better than YouTube shows.  Best of all it has built-in anti-vibration so that the videos have a smoother feel.  It has tons of options and
does far more than I will ever need. I attached it to the bike via the K-Edge Go Big Camera Mount.  The camera mount is rock solid.  I haven’t tested it out but supposedly you get two and a half hours on a battery charge.  I bought two extra batteries with an extra charger.  When I got home, edited the video down to ten minutes or so I told the wife about it.  The conversation went like this:

Me: I finalized the vid

Wife: Any deer or interesting wildlife?

Wife: So it’s just you riding your bike?

The wife being a non-cyclist was underwhelmed whereas I was excited.  It works just like it is supposed to.  The software that came with it overlays the speed, distance and other info on the screen.  Then I put it into Adobe Premiere Elements and added a title and edited it down to it’s final state.

Posted by leastbest on March 8, 2016 in Uncategorized